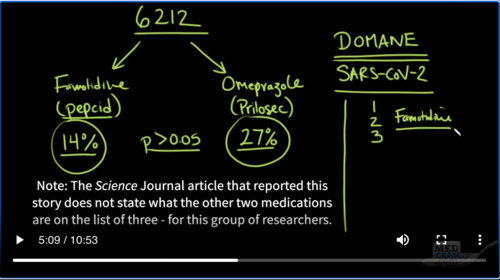 Here we can see the world list based on total cases. As far as the United States is concerned, the number of daily new cases has dropped now four days in a row. And overall the daily deaths also seem to be coming down.

Daily new cases and Canada seem to be stable. As are the daily deaths in Canada.

If we look at the models from the University of Washington in terms of deaths per day, as we can see here in California that we had peaked and it seems as though things are modeled to be coming down shortly.

This is what the model shows for New York.

This is for Florida.

And this is the model for Georgia. This is what the model looks like for Louisiana. And remember this is all contingent on social distancing until May 26 2020. Of course, this is not predicting the future but only a model out of the University of Washington. I’m really excited to tell you about an event that’s coming up this Thursday, April 30th, at 4 o’clock eastern time. It’s our very first live webinar in

conjunction with continuing educational company called “Key COVID-19 Clinical Updates and Lessons Learned So Far”. No pre-registration is required. It’s totally hassle-free. Just come to our website which we have listed here and even get a reminder. It’s 90 minutes, you get 1.5 CME credits or MOC points, and we’ll have plenty of time for questions at the end.

But let’s talk about Pepcid or Famotidine as it’s known. This is an article titled “New York clinical trial quietly tests heartburn remedy against coronavirus” and the story of this potential treatment is quite interesting.

So apparently, a doctor, Michael Callahan from Massachusetts General Hospital visited China and reviewed about 6212 charts. And these were patients that both made it and didn’t make it. In some of these patients, they had heartburn and some of them were taking a medication called Famotidine. We know it today also by its trade name Pepcid. Another group of patients were taking a more expensive

and newer and perhaps stronger medication for suppressing acid, but a totally different structure and that one it was Omeprazole and we know that as Prilosec.

Now when they looked at the statistical significance of that, they found that the P value was greater than 0.05, which means that they couldn’t tell whether or not there was a greater than 95% chance of confidence that this was not by chance alone. So in other words, it wasn’t conclusive. But nevertheless this stuck in Dr. Callahan’s mind so much so that when he got back to the United States, he discussed it with some of his colleagues including over a “company”

So what they do at DOMANE is kind of like what you do when you’re trying to put together a jigsaw puzzle. You look at the gap that you need to fill and you look for a piece that fits into that gap, except what these people do in DOMANE is even more complicated because what they do is they look at the viral proteins and they see what shapes they take and then they look for drugs with different structures that might fit into those shapes and may inhibit those proteins from doing what they need to do.

So in this case, they looked at SARS-CoV-2 and they came up with a list of a bunch of medications and they narrowed it down. And the reason why they did this was because they knew they couldn’t come up with brand new medications because we wouldn’t know if they were toxic. We have to go with medications that we knew the toxicity profile on them already because that would speed up the ability for us to use these medications. In other words. We’re using medications and we’re repurposing them for COVID-19.

Well, when they took the list which was a long list of medications and they shortened it down to just three medications. Guess what was on that list. Famotidine. Famotidine was a medication that would fit nicely into one of the proteases, which is an enzyme on the viral list. And so what they have here is they have something of an epidemiological study that shows that Famotidine may be helpful. And now we’re correlating that with something completely

independent, which is looking at structures, and we’re coming up with a similar response.

Here’s another paper that was published titled “Analysis of therapeutic targets for SARS-CoV-2 and discovery of potential drugs by computational methods”. And if we jump down into the article, it says the above results suggest that these small molecule compounds might be the potential 3CLpro Inhibitors and could probably be used for treating SARS-CoV-2. And here we have the table that shows it. And the computer comes up with these

names because these structures fit into the molecular structure of these enzymes and proteins. So you can see here. These are medications some of which you can even get today. Alfuzosin, which is a medication that’s used for benign prostatic hyperplasia. And here is Famotidine and the structure of Famotidine. But if we go down we can see there’s a number of other medications that can also potentially do this. Here’s

And the number of patients that they are needing to recruit is 1174 because they believe they need that many to show statistical significance between these groups. However, it looks as though based on my read of the article that they’re going to take a look when they get to around 391 cases and if there is a statistically significant difference at that point in either direction. Then they may need to stop the study because of ethical reasons

and simply treat the patients with the arm that makes the most sense. I will leave a link to the article in the description below and we should have the results of this peak into the study within the next two to three weeks according to the authors. And in case you’re wondering apparently in the article, it seems as though the dose of Pepcid that’s being used in the study is about nine times the dose that would normally be given for heartburn and

it’s being given intravenously. So I do not recommend going out and buying out all of the Famotidine or Pepcid at your local drugstore.

Now we are going to pick up next time on the topic that we just talked about on the last update, which is this idea of oxidative stress. And as I have said before it seems as though things are starting to crystallize in terms of how COVID-19 affects the human body. And we may have been looking at this from the wrong perspective from the start that this is not a virus which infects the lung, this is a virus which does infect

the lung as a way of entry, but it seems to do its most damage in the endothelium of the body and this would explain why we are seeing such amounts of hypoxemia without the concomitant or accompanying drop in compliance of the lung. It’s because it’s not the lungs that are causing the hypoxia necessarily in every case. But in many of the cases, it’s possible that this is being mitigated

by Angiotensin II, by out of control thrombosis, by hyper coagulation and by endothelial inflammation. This would also explain why patients might be getting signs in their feet.

These could represent embolic phenomenon which are going to the distal extremities.

And the more I read about this the more I start to see that angiotensin-converting enzyme 2, yes, the very target of the coronavirus. Is it extremely important enzyme in the balance of that oxidative stress? And when ACE II is lost that balance is pushed in favor of oxidative stress. And so to really understand how to protect yourself from COVID-19 or how to treat a patient with COVID-19.

What that requires is a complete understanding of what is oxidative stress and what are the strategies that the body uses to mitigate oxidative stress. And that is what we’re going to start to learn in the forthcoming updates.

I look forward to you joining me. Thanks so much.