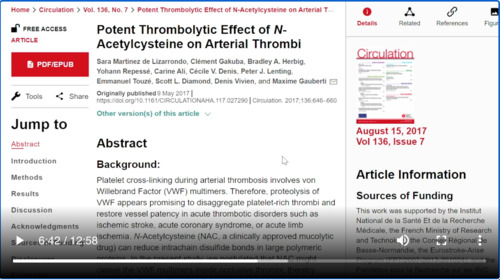 Medcram.com welcome to another medcram covid-19 update want to focus a little bit on the United States for the particular reason that there are a number of states and counties that are quote opening up. It seems as though some of the rural areas are just starting to increase. So I want to look at some states in terms of deaths per 1 million population New York is still at the top followed by New Jersey, Connecticut, Massachusetts, New York is

Is also near the top here in terms of tests per million population.

In terms of states that have the least amount of deaths per million population. We’re looking at Hawaii Wyoming Alaska Montana. These are generally rural areas. But even when you start looking at them on a per capita basis, they have the lowest death rates going back to the deaths per million population. When you look at the West Coast like a state like California, they’re actually below average in terms of the average.

For the United States, which is 250 two deaths per million. And California is at 73.

The state that’s done. The most amount of tests per capita is Rhode Island and the state that’s done. The least amount of tests per capita is the state of Maine in California where things are supposed to be opening up soon. At least slowly through phases were not really seeing a reduction here in the daily new cases nor are we seeing really a reduction in the daily deaths?

Okay, let’s take a look at Russia. We were reporting earlier that there have been a dramatic increase in cases that seems to have leveled off at least according to these numbers fortunately in Spain. We’re seeing a reduction in the number of cases. They’re we’re starting to see in the news media that people are picking up on this idea that covid-19 is not just a respiratory disease, but in fact, it’s affecting a lot of other parts of the body.

And as many of you know, we’ve discussed this issue with regards to the triple hit on oxidative stress from this virus.

And that’s opened up a whole discussion about the body’s defense mechanisms with respect to antioxidants. One of those that we highlighted last time was glutathione peroxidase enzyme which takes glutathione and oxidizes it in the process of reducing hydrogen peroxide back to water.

And this brought about the whole discussion with regards to n-acetyl cysteine in its way of recharging glutathione and improving oxidative stress in some of these respiratory illnesses and for a full comprehensive review of that. I recommend that you look at update 69

One of the important things that we talked about was glutathione and if you don’t know glutathione is actually three amino acids put together. The middle one is cysteine and it’s right here. It’s the part that holds this sh Group which we talked about last time, which is a reducing agent on this side over here. We have Glycine and on this side over here. We have glutamate, but glutamates not attached to the normalcy that it would normally be attached to

They polypeptide chain. It’s actually attached to the gamma carboxylic Group, which is down here. But nevertheless there are three amino acids, which make up glutathione. The other part that I wanted you to know is that this part right here, which is the Glycine and the cysteine residue off to the right is n-acetyl cysteine. So you can clearly see how n-acetyl cysteine is one of the precursors to glutathione.

And that’s important because we talked about giving n-acetyl cysteine as a way of recharging this sh group in patients with oxidized glutathione, but what would happen if you actually just gave glutathione and I received a number of comments regarding this. Well here is a published report of two cases with covid-19 that were treated with glutathione. Now, you should know in the business that when you’re looking at evidence

Case reports are the lowest form of evidence that we have. This is not a randomized controlled trial. We have no idea whether or not the two patients Improvement was the results of the medications that they took nonetheless. It is a case report and we can see here that there were two patients living in New York City with history of lime and tick-borne co-infections that experience cough and dyspnea and demonstrated radio graphical findings consistent with

covid-19, these people were given two grams of Po or IV glutathione now doesn’t say which one was given po or IV and that’s important from my standpoint because when you give polypeptides orally the expectation is that they’re going to be caught up by the proteases that are in the stomach that is the job of the stomach is to cut up large polypeptide chains into amino acids, so they can be absorbed in the

Distance so how bioavailable is po glutathione some reports show that it may not be that bioavailable. But I guess the question is if you’re cutting up glutathione, you’re going to be cutting up into glycines glutamates and cysteines, which eventually are the building blocks of glutathione.

The patients were also given this intravenously what happened oral and IV glutathione glutathione precursors, like n-acetyl cysteine. Like we just talked about and alpha lipoic acid may represent a novel treatment approach for blocking nf-kappa B and addressing cytokine storm syndrome and respiratory distress in patients with covid-19. And the reason why they say that is because in both patients their distant improved within one hour of use

Now while this is a far stretch from proving anything, it does make it very interesting to think about whether or not patients would improve if they were given both NS a teal cysteine and IV glutathione after all we did discuss the potent thrombolytic effect of n-acetyl cysteine on arterial thrombi. These are one of the things that is given as a reason for patients having hypoxemia, and that is pulmonary arterial thrombosis.

And again, the reason why we’re saying this is because one Willebrand factor uses these disulfide Bridges to turn these monomers into multi MERS essentially polymerizing and causing the clot with lots of platelets in it. Of course, what I’m waiting for is the actual clinical trial and we’ve talked about this one before it is the study of NS @ e assisting in patients with covid-19. It’s the only one that I can find for the treatment of severe.

But 19 infections, and in fact, they say here that this study is the first to test and acetyl in people with severe covid-19 infections.

Apparently it looks like it’s going to be a non randomized trial with 86 participants with a parallel assignment and an open-label.

In this particular trial they’re giving n-acetyl cysteine at six grams intravenously per day based on the case reports that we just saw. I’m wondering whether or not L glutathione would be also wise to add to the regimen also recently published. It appears as though a Russian researcher associated with a Medical University also has a similar hypothesis and may have even come up with this before we thought of it and the proposal is

Endogenous deficiency of glutathione as the most likely cause of serious manifestations and death in patients with covid-19 and the abstract goes like this based on an exhaustive literature analysis and own observations. I proposed a hypothesis that glutathione deficiency is exactly the most plausible explanation for serious manifestation of death in covid-19 infected patients, the major risk factors established for severe covid-19 infection and relative glutathione deficiency found in

covid-19 infected patients with moderate to severe illness have converged me to two very important conclusions. Number one oxidative stress contributes to hyper inflammation of the lung leading to adverse disease outcomes such as an acute respiratory distress syndrome multi-organ failure and death and number two poor antioxidant defense due to endogenous glutathione deficiency as a result of decreased biosynthesis and or increased depletion of gsh is the most probable

Cause of increased oxidative damage of the lung regardless, which are the factors aging chronic disease core morbidities smoking or some other were responsible for this deficit the hypothesis provides novel insights into the etiology mechanisms responsible for serious manifestations of covid-19 infection and justifies promising opportunities for effective treatment and prevention of the illness through glutathione recovering with n-acetyl cysteine and reduce glutathione.

And in his paper Professor palana cough lists off a number of observations. He saw with some covid-19 patients here. He has patient em, 34 year olds with symptoms of fever mild. Myalgia appeared on the eighth day after contact with a covid-19 positive patient and disappeared on the sixth day of disease without treatment and you can see here that the gsh was about point seven one two, micro moles per liter and reactive oxygen.

He’s which is bad was at two point zero seven five which gives us an R. OS 2 GS H ratio of 2.9. Here’s another patient 47 years of age with symptoms fever of 37.3 mile fatigue. Here are the patient’s gsh was 0.93 three reactive oxygen species was one point 1 for 3 with a ratio of one point to these patients both got better without treatment. Okay. Let’s go to Patient three first.

Eames such as fever and are hungered appeared on the fourth day after contact with a covid-19 positive patient and the patient persisted for 13 days notice how low this gsh is its 0.079 and the reactive oxygen species or up as high as 2.73 giving Aro S2 G sh ratio of 34.6

Patient are had a fever of 39 degrees Centigrade severe dry cough dyspnea significant fatigue and tachycardia appeared on the seventh day after contact with a covid-19 positive patient. She was hospitalized with characteristic radio graphical signs of covid-19 and clinical symptoms are persisting to date for 11 days. So this must have been at the time of the writing here. The gsh is point 5 R OS is three point six seven seven and again the ratio

As high as six point nine and so the good professor comes up with very similar conclusions that we do which is that n-acetyl cysteine as a preventative measure may be very effective. The professor says here that oral administration of n-acetyl cysteine as a preventative measure against viral infections as well as intravenous injection of knack or reduce glutathione may be effective options against the novel Coronavirus.

However, clinical trials are needed to objectively assess an efficacy of n-acetyl cysteine and reduce glutathione for both the treatment and the prevention of this novel viral infection, but don’t forget. I think there’s actually more to it than just oxidative stress because the clots that they’re pulling out of people with covid-19. They’re finding are very rich in platelets. And that means that there is also the issue of Von Willebrand factor.

These Von Willebrand factors are connected to each other by these disulfide bonds and as we’ve already talked about and acetyl cysteine and reduce glutathione will break these disulfide bonds and cause them to lice and potentially relieve the obstruction in the hypoxemia with covid-19. Again, this is all a hypothesis, but it looks as though it’s fitting together. Thanks for joining us.