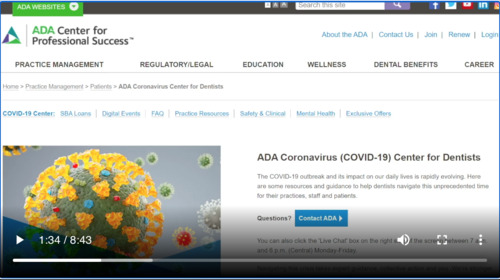 Welcome to another MedCram COVID-19 update. I wanted to take a look at the daily new cases in California because I think it’s emblematic. Now in California we have basically shut down for the last couple of months and we are now just starting to open up very slowly. So you can see here the daily new cases really haven’t gone down，it plateaued and stayed at a certain level. And you can see here the daily deaths as well really hasn’t come down either.

However, if you look at the state of New York, you can see there’s been a definite decrease in the number of new cases daily. This is also seen in the number of daily deaths. Whereas in Texas, we’re looking at the daily new cases once again, really have just kind of plateaued and are not coming down. Florida is somewhere in the middle. If you look at the United States as a whole, daily new cases seem to be on the downward trend but a slow downward trend. But that doesn’t tell you the whole story because there are many states where things have fallen off rapidly as we’ve just shown you in New York, but other states where that’s not happening as quickly, for instance, California.

And just for completeness we can see the daily death rate here in the United States. So keep that in mind that just because we show a specific country, there’s microenvironments occurring in that country some of which may be going up, down or plateauing. So as for Australia seems to be successful in keeping things suppressed.

Now in our former videos, we talked about dentistry and what it takes for the dental market to open up. I wanted to show you this link here. This is for the American Dental Association Center for professional success. And there’s a toolkit here at this site called the Interim Return to Work Toolkit and it says here’s as dentists consider reopening practices, ADA offers A Return to Work Toolkit to help practices take measures before, during and after patient appointments to protect dentists, patients and staff. And will leave a link to this here. Now we are also given a great site for those in Australia that for the Australian Dental Association, which will also put a link to which gives certain decision trees in terms of practice startup and we’ll link to that as well. There’s a lot of useful resources.

I wanted to quickly discuss this really interesting article in The Lancet that was just published here a couple of days ago, Vitamin D and COVID-19: do deficient risk a poorer outcome. So what this article goes on to talk about is the difference in mortality in some countries and what the potential role of vitamin D is in terms of COVID-19. And it says here that a growing body of circumstantial evidence now also specifically links outcomes of COVID-19 and vitamin D status. It talks about the fact that SARS-CoV-2 began its spread in the northern hemisphere at the end of 2019 when vitamin D levels are at their lowest, also found that a cross-sectional analysis across Europe. There was a significant association between vitamin D status and mortality in different populations. This of course was the exception in Nordic countries, but these are the ones that have pretty good fortification of vitamin D and a lot of their foods. Of course, the mortality rates were high in Italy and Spain, but surprisingly the prevalence of vitamin D deficiency was common in those countries.

They also found that dark skin and minorities had higher mortality rates and that it’s these very populations that seem to have a higher prevalence of vitamin D deficiency. For example, they cite that data from the UK Office for National Statistics show that black people in England and Wales were four times more likely to die from COVID-19 than were white people.

And they go on to link this with several biologically-sound studies. First, they say that vitamin D supports the production of antimicrobial peptides in the respiratory epithelium. Also that vitamin D helps to reduce the inflammatory response against SARS-CoV-2 especially in the renin-angiotensin system of which the receptor for SARS-CoV-2, namely the ACE2 is part of.

There’s also the tilda study. The tilda study is being carried out in Ireland and we showed you this a number of weeks ago on MedCram, which showed that vitamin D is key potentially in reducing a lot of acute respiratory infections. And I think she sums it up really well here. The circumstantial evidence is very strong, she proclaims, regarding the potential effects on COVID-19 outcomes. She goes on to say, we don’t have randomized controlled trial evidence, but how long do you wait in the context of such crisis? We know vitamin D is important for musculoskeletal function. So people should be taking it anyway. Can he recommends that at the very least vitamin D supplements are given to care home residents unless there’s an extremely good reason not to do so.

So here’s a world health expert who is recommending very highly supplementation with vitamin D because there’s a lot of circumstantial evidence that’s available right now. And the gold standard of investigation which is the randomized controlled trial is going to take some time. The WHO and a lot of these clearinghouses for expert opinion won’t do that until randomized controlled trials are completed. That’s not going to happen for at least months.

So what does one do in the meantime when there’s circumstantial evidence based on retrospective data and in a situation where the intervention that you’re talking about has very small chances of causing harm and a potentially big upside. Well, you try to talk about it. It’s important to have the academic freedom to review peer-reviewed articles. And if there’s articles that aren’t peer-reviewed, simply state that they’re not and that they bring up interesting hypotheses. But the problem is is that that type of nuance is often lost. Unfortunately many times, it’s seen as a black and white issue.

And so while it’s possible that there are many experts around the world who feel strongly that in this case a vitamin, a common vitamin that we all have access to may actually be beneficial in terms of mortality benefit for COVID-19. I want you to listen to an interview with CNN that Youtube CEO Susan Wojcicki said in terms of what is a violation of YouTube policies.

“But then we also talked about removing information that is problematic. Of course anything that is medically unsubstantiated such as people saying like, take Vitamin C, you know, take turmeric like those are all will cure you. Those are the examples of things that would be a violation of our policy. Anything that would go against World Health Organization recommendations would be a violation of our policy and so remove is another really important part of our policy. ”

So she basically said that anything that goes against WHO recommendations in terms of COVID-19 is a violation of YouTube policies. Now, of course, nobody’s saying that just taking vitamin D is going to cure you or vitamin C is going to cure you from COVID-19. And we certainly hear it MedCram aren’t saying that. But there are some scientists who are saying that supplementation with such substances may help your immune system and equip it to deal with COVID-19. And I’m beginning to fear that the nuances involved in this discussion are being completely lost at those that are tasked to police YouTube videos.

So when we boil it down, I think here with the Lancet saying it is actually pretty balanced as what we’ve been saying here as well. At best vitamin D deficiency will only be one of the many factors involved in determining outcome of COVID-19, but it’s a problem that could be corrected safely and cheaply. There’s no downside to speak of and the good reason to think there might be a benefit. Let’s hope there’s still a place at YouTube for that kind of discussion. And if there isn’t, what does that say about what YouTube thinks about its viewers and this is probably as opinionated as you’ve ever seen me get. But once again, thanks for joining us.