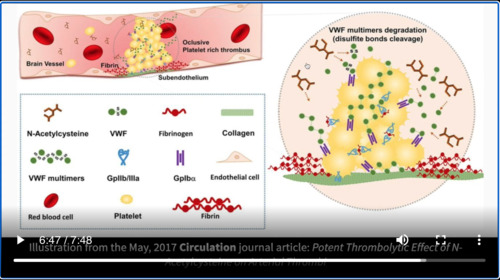 It was another MedCram COVID-19 update. It’s going to be a quick one tonight as I’ve gotten home late for the Intensive Care Unit. Independence Day is coming up soon and we’re all concerned about another spike in cases, so let’s quickly look at worldometer’s U.S. data. No question that daily new cases are increasing steadily, however on the daily deaths still no sign yet of an increase. Where I work in California, we have really seen a take-off in terms of the daily cases and so far still just a leveling of deaths. We’ll need more time to tell.

Now if you remember a number of episodes ago we talked to you about oxygen being converted to water at the electron transport chain with four successes of electron transfers. And then if that didn’t happen completely effectively, we would get these intermediates called superoxide, hydrogen peroxide and hydroxy radicals. These are reactive oxygen species and are generally speaking bad things, especially the superoxide molecule.

This would seem to explain why you have happy hypoxics. This is the reason why people are on their phone or ordering their next menu in the hospital bed, and they’re saturating in the 80s. This is why early on in the epidemic in New York. We saw emergency room doctors saying that people look like they were at high altitude. They looked fine, but their oxygen levels were very low. And this seemed to be confirmed when we looked at the New England Journal of Medicine article that came out looking at pulmonary vascular endothelialitis.

This article clearly showed microthrombi in the interalveolar Septa of a lung patient who died from COVID-19. We’ll now enter this paper that was published just a few days ago on June 30th 2020 titled and endotheliopathy COVID-19 associated coagulopathy evidence from a single center cross sectional study. Well the purpose of the study was to get to the bottom of exactly what was causing the thrombosis here in this situation so they looked at COVID positive patients those that were asymptomatic those that were admitted to the hospital and those that were in the Intensive Care Unit. And they measured a number of factors looking at again our Von Willebrand factor, the soluble thrombomodulin, soluble P-selectin and soluble CD ligand, as well as coagulation factors, endogenous anticoagulants and fibrinolytic enzymes. They really want to get to the bottom of what’s causing this stuff to happen these clots.

And I’ll let you go through the data here, but you can see in the blue is the non-ICU patients and in the red is the ICU patients. And you can see here very clearly that in a number of these situations for instance here in Von Willebrand factor activity and Von Willebrand factor antigen that the ICU patients had significantly higher levels than the non-ICU patients. In fact, a lot of these were at the upper limit of detection. They just could not go above 390% of activity.

Now all this data let them to say this. We therefore proposed that COVID-19 associated coagulopathy is endotheliapathy that results in augmented Von Willebrand factor release, platelet activation and hypercoagulability, leading to the clinical prothrombotic manifestations of COVID-19 associated coagulopathy, which can include venus arterial and micro vascular thrombosis. And this is pretty consistent with what we’ve been saying as well.

The question is what do we do about this? Well, they do have some suggestions. They say our findings of endotheliapathy and platelet activation point to the antiplatelet therapy or endothelial cell modification as potential therapeutic targets in addition to traditional anticoagulation targeting thrombin generation. Thus far no retrospective of prospective studies have identified a beneficial effect of aspirin on COVID-19 disease outcomes. However, dipyridamole, defibrotide, eculizumab and other agents with endothelial cell-modifying effect might might have therapeutic potential.

Of course, I’ve made it known that my bias has been that N-acetylcysteine would be a great medication to try. Number one, because it is an antioxidant and it recharges the glutathione peroxidase mechanism of getting rid of antioxidants. That would be helpful here where you have increased levels of Angiotensin II and decreased levels of Angiotensin 1,7 and hopefully reduce the amount of superoxide, but it also might be helpful because N-acetylcysteine has phenyl groups or SH groups that could cleave or break up Von Willebrand factor and we’ve shown you evidence before were intra-arterial or administration of intravenous N-acetylcysteine can actually be a thrombolytic.

And indeed there is a group at Sloan-Kettering Cancer Center, which is looking at just that here by taking 86 participants in a non-randomized parallel assignment and giving them N-acetylcysteine IV 6 grams per day in addition to supportive and/or COVID-19 direct treatments at the discretion of the treating physician. And I think it’ll be interesting to see the outcome of that study.

There’s a lot in the news to talk about, so little time to talk about. We’ve got vaccines. We’ve got drug trials. I encourage you to follow up on all of the data as it turns out I’ll be finishing up my intensive care rotation through this Sunday. And so we will not be able to have a live session this Sunday, but I look forward to having another one with you in a week from that time. Take care until then and thanks for joining us.